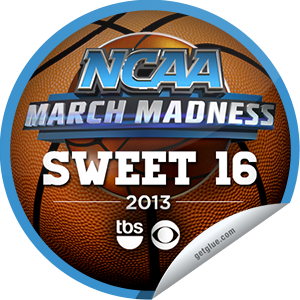 The opening rounds of the 2013 Men’s NCAA Basketball tournament have been a hit. This years viewership is the highest the NCAA has seen in 15 years, with and increase of 27% over last year’s. With the first three rounds over, the tournament has narrowed it’s field to 16 teams. Some major bracket busters came with #2 Georgetown losing to #15 FGCU, #1 Gonzaga losing to #9 Wichita State, and #3 New Mexico falling to #14 Harvard. A close bracket buster came during the #1 Indiana vs. #9 Temple meeting. Indiana came back with a minute or so left to survive what would have been a huge a upset. President Barack Obama has the Hoosiers winning the entire tournament as well as tons of other college basketball fans. Some historic moments arose with FGCU and La Salle making it to the Sweet 16 and into America’s heart. Teams that have advanced to the Sweet 16: Arizona, Duke, Florida, FGCU, Indiana, Kansas, La Salle, Louisville , Marquette, Miami,  Michigan, Michigan State, Ohio State, Oregon, Syracuse, and Wichita State.  These schools have an entire week of publicity. The Big Ten appears to be the strongest with 4 schools in the Sweet 16 followed by the Big East with 3. View the updated NCAA bracket here. The tournament resumes Thursday, March 28. TV air times are listed below. 2013 NCAA game can also be seen live here.

FGCU and its students are milking their current fame.

Who are you rooting for?