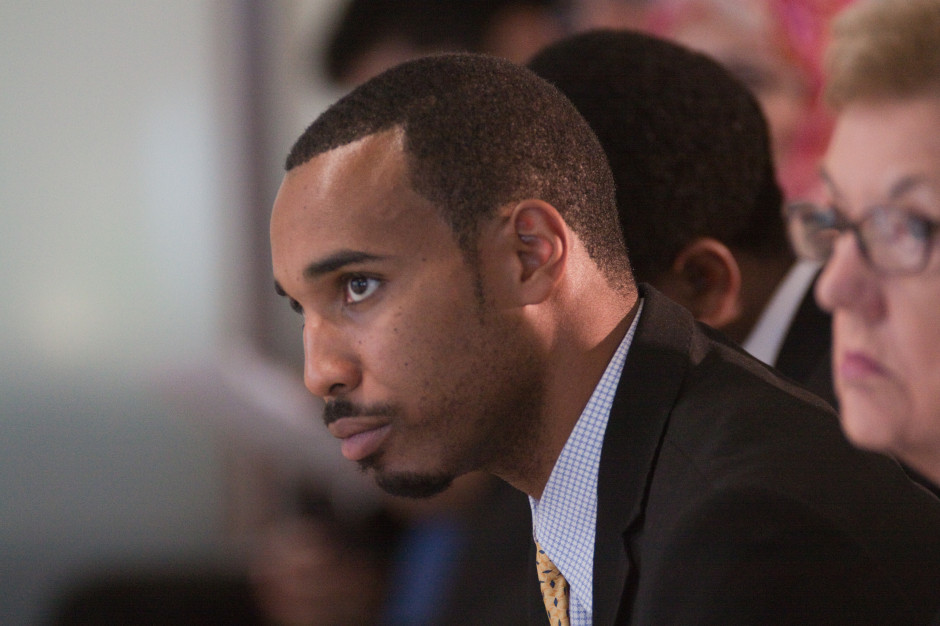 The vast realm of politics and international relations has the ability to open countless doors. Based upon the endeavors that he’s become involved with, it appears as though Michael Henderson is enthusiastically waiting to boldly walk through and embark upon new and exciting career enhancing experiences. Michael’s passion for exploring these two areas comes from a genuine interest in making a difference in any capacity. Regardless of which ever path he chooses to go, his drive, ambition, determination and excellent networking skills will certainly take him far. 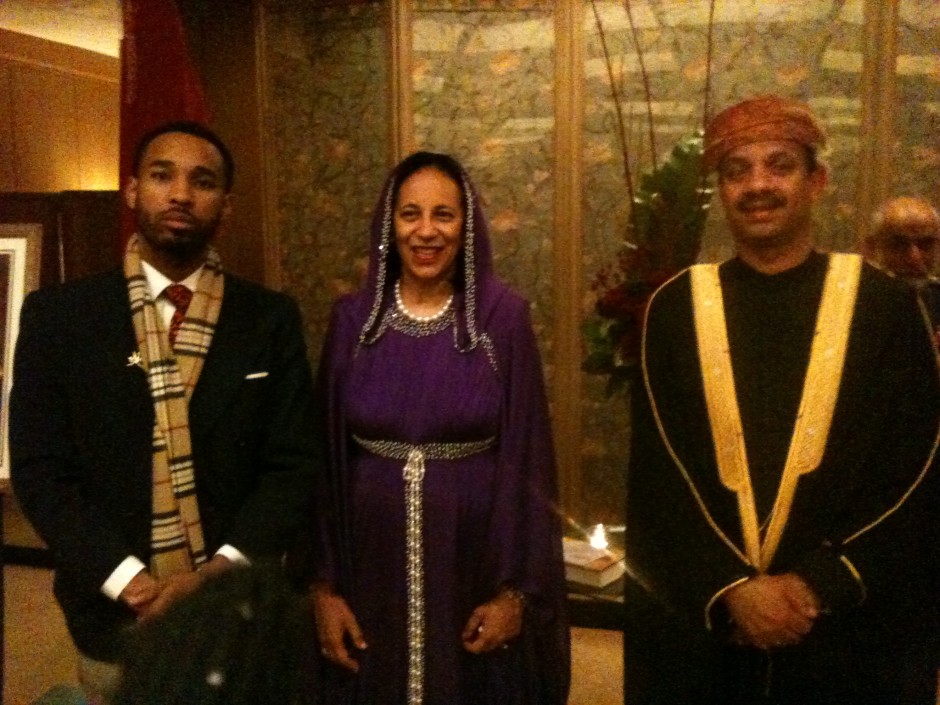 1. How do you define “International Relations”?

2. What do you feel is the most important thing you have learned through working in politics?

I’m learning all the time, just last week we learned the importance of data management and mobilization focused on senior citizens where technology is not readily understood. I am at the stage in my life where, it’s an awesome joy to learn, study, and observe. In my youth, I am putting as many tools in the tool box so that in the future, we can fix any problems that may arise.

3.  You are currently working on a political campaign, can you briefly describe that?

We are in the middle of an At-Large City Council race in the District of Columbia! The former At-Large councilmember Phil Mendelson has moved up to the chairmanship, which left a vacancy, and to fill the void, an interim At-Large councilmember is appointed. Anita Bonds, DC’s Democratic Party Chair, two time DNC delegate for President Obama, cabinet member under the mayors Marion Barry, Sharon Pratt Kelly, and Anthony Williams—assumed that role. 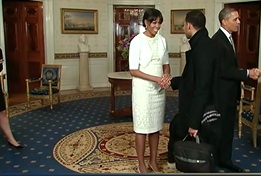 4. Do you have a preference between local, national and international politics? If so,why?

I want to serve. If given the opportunity to continue to serve my country on all levels that would be a great honor, gift, and aspiration. Frankly speaking, in life we play many roles. We are sons, daughters, students, teachers, coaches, brothers, sisters, uncle, aunties, fathers, and mothers. The previous statement can be likened to being a leader—leader on campus, head of the school board, ambassador, or mayor. A life of service can and should take many forms, however, one’s principals, values, and objectives, ought to remain the same.

5.  Is there a specific international OR political endeavor that you are involved in that you find to be especially meaningful or beneficial?

Internationally, cultural diplomacy inspires me. Specifically, throughout the regions Middle East, Africa, and Asia in relation to youth. We tend to focus on our differences—one is Arab—the other America, one is Muslim—the other Christian, as opposed to our similarities, we want to  make our families proud, be successful, and help others. I am blessed with the opportunity to travel, listen, and study Mandarin Chinese, Arabic, and Swahili to help dispel a few myths, preconceived notions, and erroneous beliefs. We just sent our manual script of our first children’s book to the illustrator. We think a children’s book between two countries can help in the better understanding of diplomacy, culture, politics, and develop positive relationships, starting with 4th and 5th grade reading levels.

6. What is your favorite cocktail?

7. What is a lesson that you have learned from life?

People throughout history have gathered in welcoming places to share ideas, style, and network, learn, and converse with both diverse and like-minded folk. At the launch of this auspicious blog and happy hour, looking at the young, talented, ambitious, social conscious crowd—I could not help but see Zora Neale Hurston, Duke Ellington, Langston Hughes, Claude McKay, Gwendolyn Brooks, Alan Locke, Billie Holiday in 2013. They all knew, partied, critiqued, and helped one another. 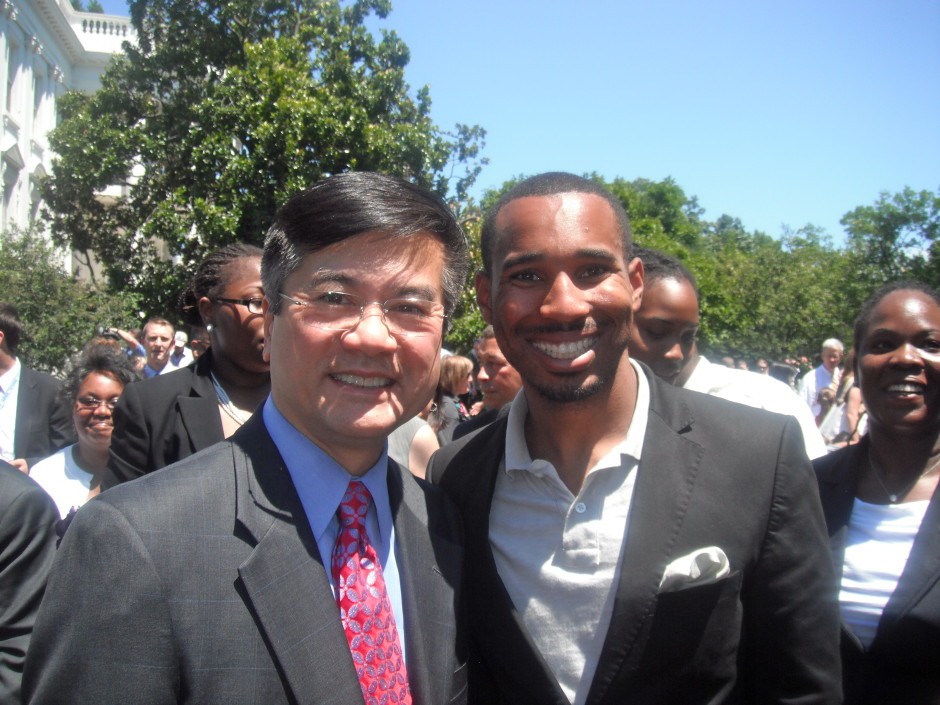 Additionally, Michael was asked to discuss the capacity at which he serves on the political campaign that he is currently working on and any innovate ways in which he plans to get young people involved and interested in the political process:

“I currently serve as the GOTV (Get Out The Vote) Director. My team is responsible for getting our supporters to the polls both during early voting and on Election Day–April 23. Our main focus is on early voting April 8-20th and our senior citizens, they always vote and often need absentee ballots and transportation to cast their vote. Please visit our website www.anitabonds.com .  Visit our office 4300 Georgia Avenue. Volunteer, visit, start a fellowship, canvass, make phone calls!”

Here’s a look at some of Michael’s Work in International Relations: