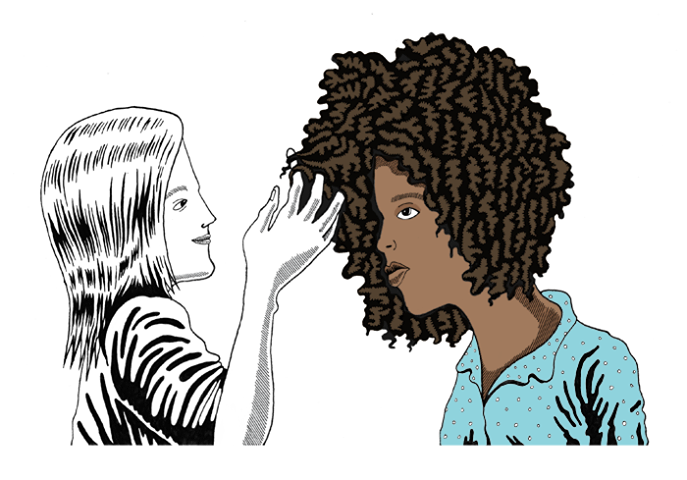 Last Thursday afternoon in New York City’s Union Square, a trio of African American women  (all with different hair types) allowed strangers of various ethnic backgrounds to touch their hair in an attempt to entice their curiosity. This was a part of a two day social experiment aimed to grasp an understanding of the lack of understanding surrounding black hair.  Antonia Ophia, the founder of un’ruly (a black hair blog), the mastermind behind the exhibition entitled “YOU CAN TOUCH MY HAIR” wanted to explore the fascination with black women’s hair.

This exhibition immediately garnered attention and took all forms of social media by storm. There has been a clear divide between those who support what these ladies participated in and those who do not. One thing is for sure, it has certainly been successful in achieving what Antonia sought out to achieve. In an excerpt from her blog she said:

I’ve been holding back my response to the response because the exhibit needn’t be explained or defended.  Art is something that should create a response, whether it be an emotional one or a verbal, a good response or bad response. And really good art has the power to create change.  Is this really good art?  That’s yet to be seen and we may not see it’s impact, if any, for years.

But at the very least a dialogue was started and that was the intent.  ”Can I touch your hair?” is no longer a question only I and my friends are talking and  venting about.  So far hundreds (maybe thousands?) have put their two cents into the matter and we want more people to join the conversation.  And maybe amongst all the tweets in the Twitter-bate and comments in the articles that were written about the exhibit there is real insight in the larger issue at hand or maybe this is just a moment for us to collectively vent.”

In light of all of the controversy surrounding the art exhibit, I decided to reach out to a few of my friends to see how they felt about what took place. It’s interesting to think that such a simple question (that many of us have been asked) can spark such an interesting conversation. Here are some of the opinions of those that I asked about their take on the matter: 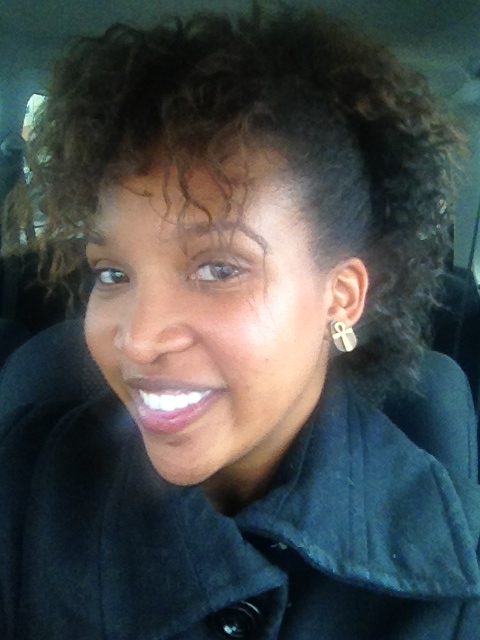 Co-Founder of Lessons From Happy Hour

Initially I thought, ‘well whatever, if those girls want to make a fool of themselves, they can go right ahead…’ then I realized that I wasn’t really okay with it because we’re trying so hard to equalize ourselves in society and we have people allowing people to touch their hair as if we’re animals. It’s dehumanizing to our race if we’re not going to educate people of other races about what they’re touching. 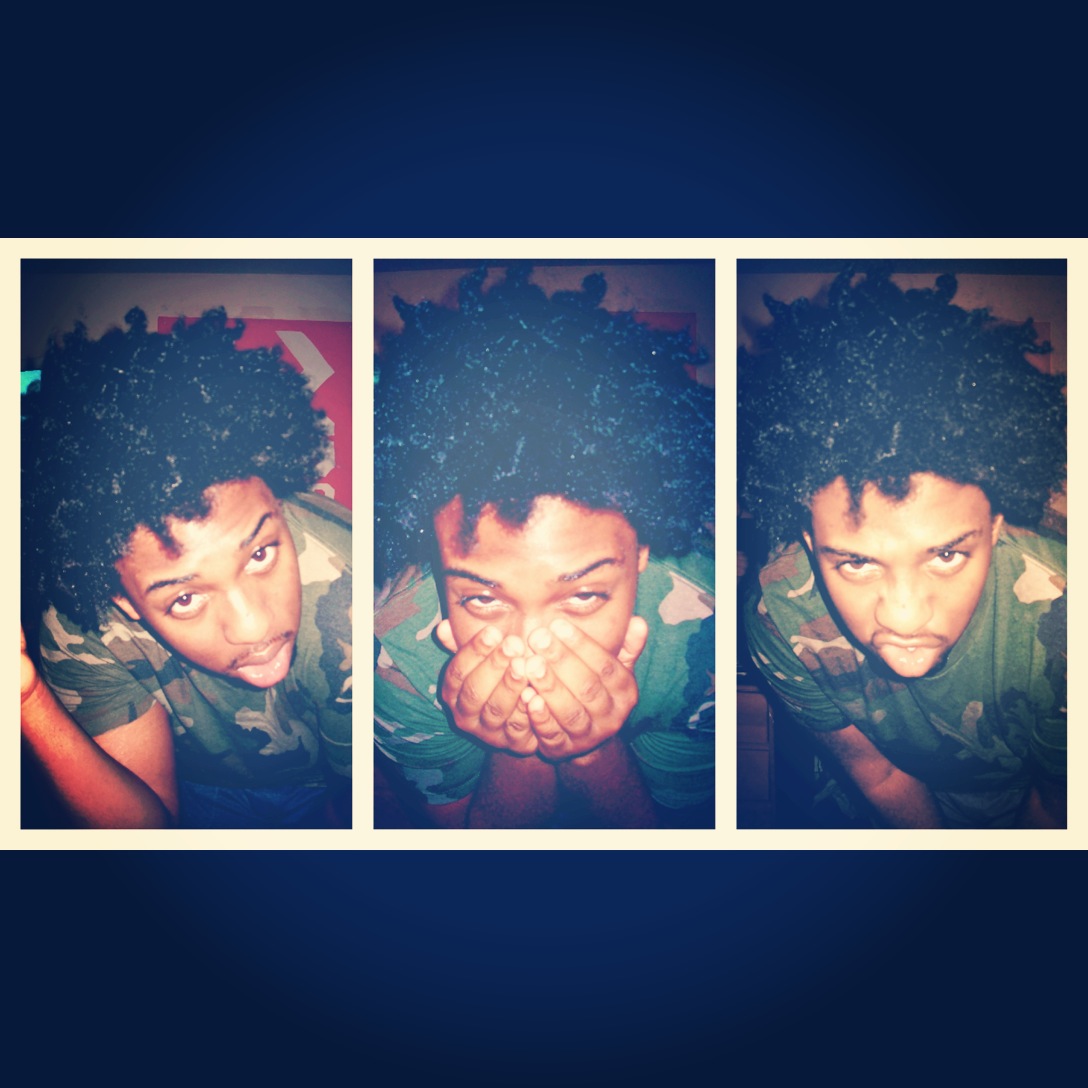 It has come to my attention that when men grow their hair, especially in a style that grooms up and outwards and not down and backwards, people feel the need to touch. And pat. And feel. This is an arising problem for me. It’s annoying. I am not a dog or a cat or a hamster, and I am not to be petted as such. It’s awkward and weird, and it’s uncomfortable. I spend time to get my hair to a particular style, some may not believe or see it, but I do. So when someone whom I’m interacting decides its necessary  to touch and fluff my hair with blatant disregard to the work that went into the styling, I think that’s mad disrespectful lol. Besides, I don’t know where their hands have been. I’ve been extremely unresponsive to the patters and touchers during this period, and I can’t take it any longer. This has to stop! 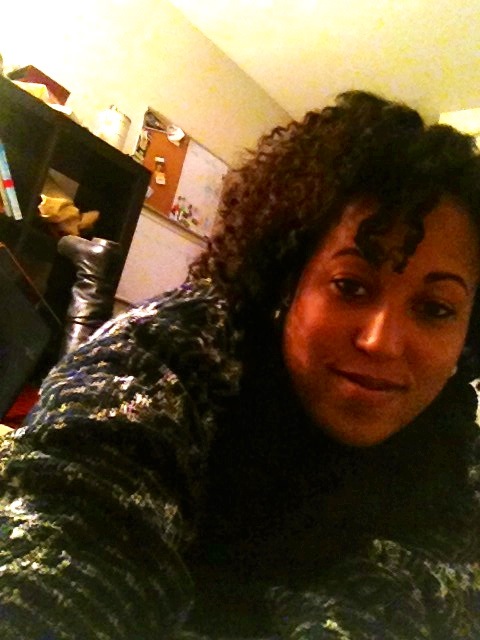 Spending some of my childhood in an all white  school and neighborhood I remember I would get questions about my hair all the time. Of course it would be annoying with questions and statements like, “eww you don’t wash your hair everyday?!” or “how do u get your hair to do that?” and as I grew up I realized that that these questions were birthed from ignorance not the big bad bigoted ignorance but the ignorance that comes with never knowing the black experience, hair included. With the social experiment that took place I felt like it was something that was needed. De-mystifying black hair is a necessary step in order for people to understand what we do and why we do it.  I think it was a great non-offensive way to debunk black hair myths that other cultures might have placed on us. As for can you touch MY hair? I feel like it is all in the way I am approached. It really depends on the person. I would never let a stranger touch my hair and no one should ever just shove their fingers in someone’s hair without asking. That’s just rude! But if you have a black friend that you feel like you are close to  (ie the Color of Friendship “Disney movie close”) then by all means ask nicely (and not with your hands already in her hair) if you can feel around a lil’ bit for educational purposes. 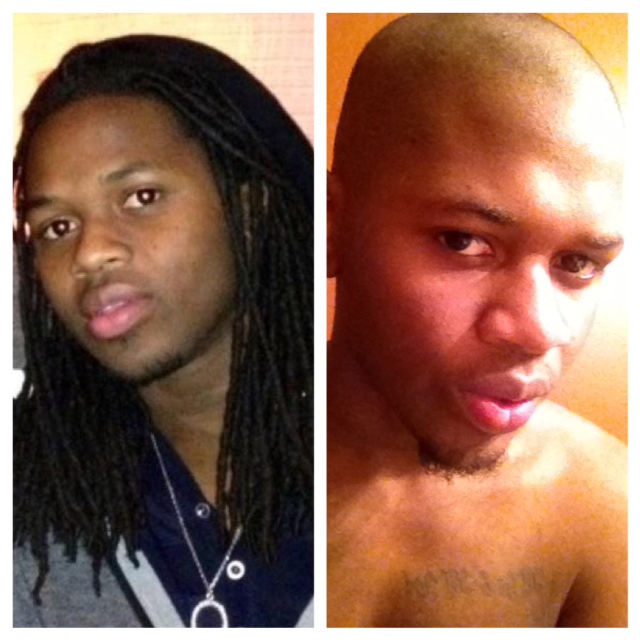 I personally hated the exhibit. It was as if they were animals in a petting zoo. It made me think about how black people would be put on display for the enjoyment of other races (Sarah Baartman) or a slave auction. That may be a little extreme but it is the same general idea. There was lady with a sign saying “you can’t touch my hair, but can kiss my a**” and I fully agree with her. 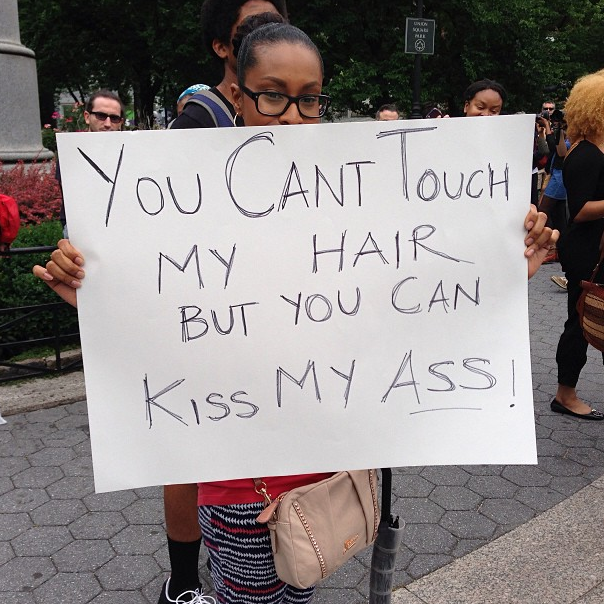 (This is the photograph that was referenced in Jamaal’s response) 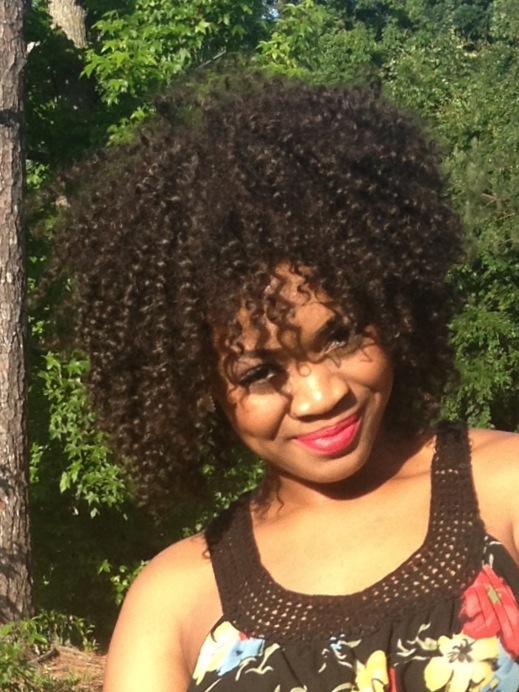 I don’t agree with that exhibit just because it plays into the notion that black hair is something to be gawked at and put onto display. Is this an auction block, or something?! Like it’s hair, just like all hair. Why is black hair such a phenomena?! Why is everyone so fascinated with touching it? Why does my hair affect your life so much?! Touch your own damn hair, not mine.

And last but not least, by far one of my favorite responses (and so simply put…) 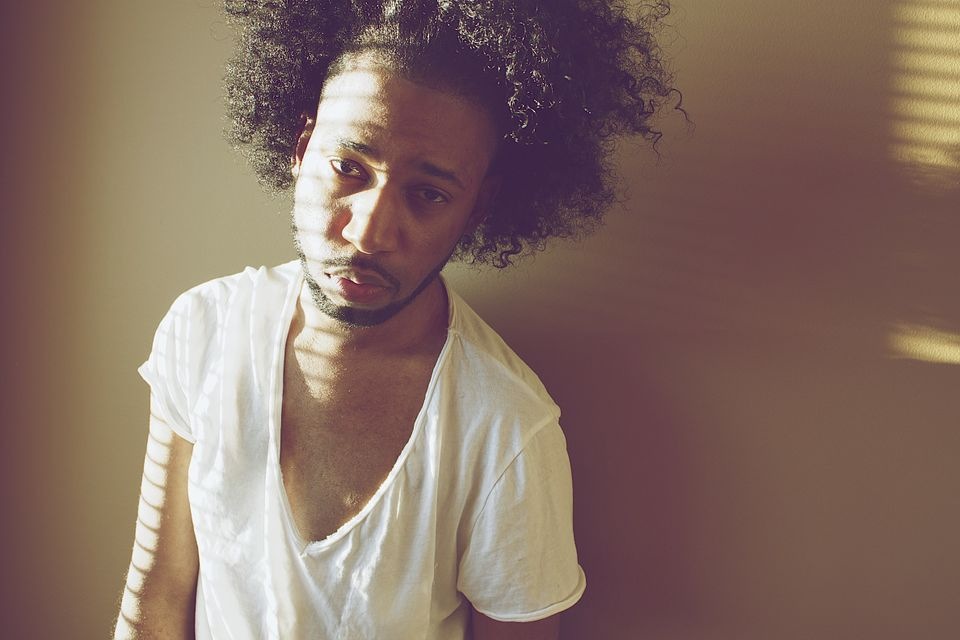 Hell no. I hate people [touching] my hair. 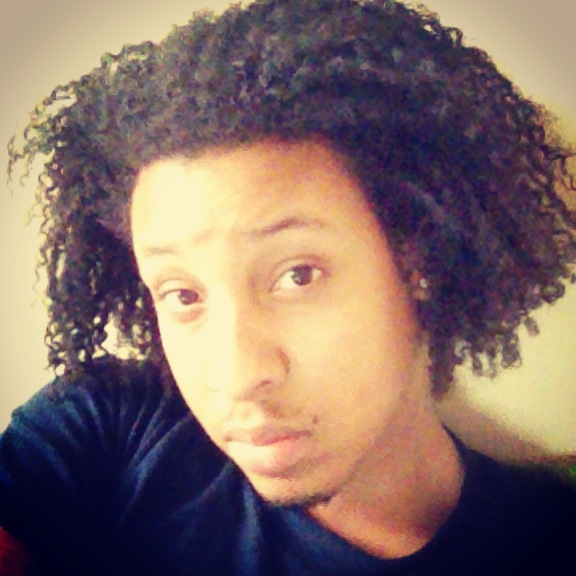 Personally, I would not have participated in the exhibit. While I do feel as though it should be clear that this was supposed to be a social experiment and NOT a movement (as Anotonia has said herself) I’m not sure that it necessarily sends the right message. Obviously, you wouldn’t touch a stranger’s hair without permission so the belief that it would lead to people becoming comfortable enough to do so is absurd. I do applaud the effort and completely acknowledge the fact that this has started a great and necessary dialogue. However, I feel that in attempting to teach people about black hair there was an integral element that was overlooked. People’s hands contain several different oils, many of which you do not want in your hair. Allowing several people to have a feel at your hair may not be the best choice (for your hair’s sake). And to be completely honest, I find the fascination with black hair to be slightly annoying. I truly don’t see the big deal. Can I live? And to answer the question: NO, you can NOT touch my hair. 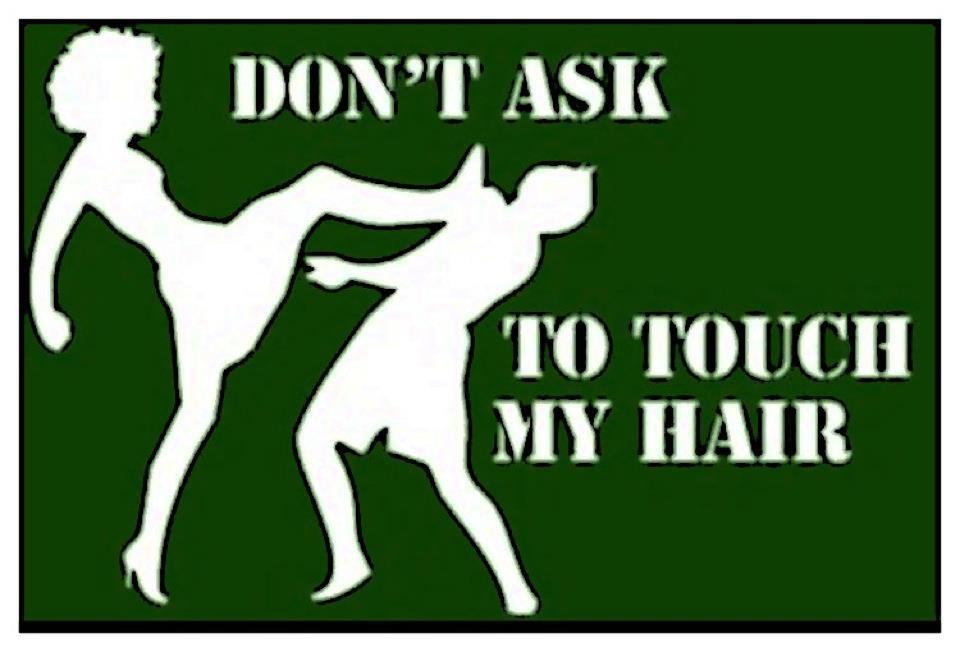 What are your thoughts on the exhibit?

2 thoughts on “You CAN’T Touch My Hair!”