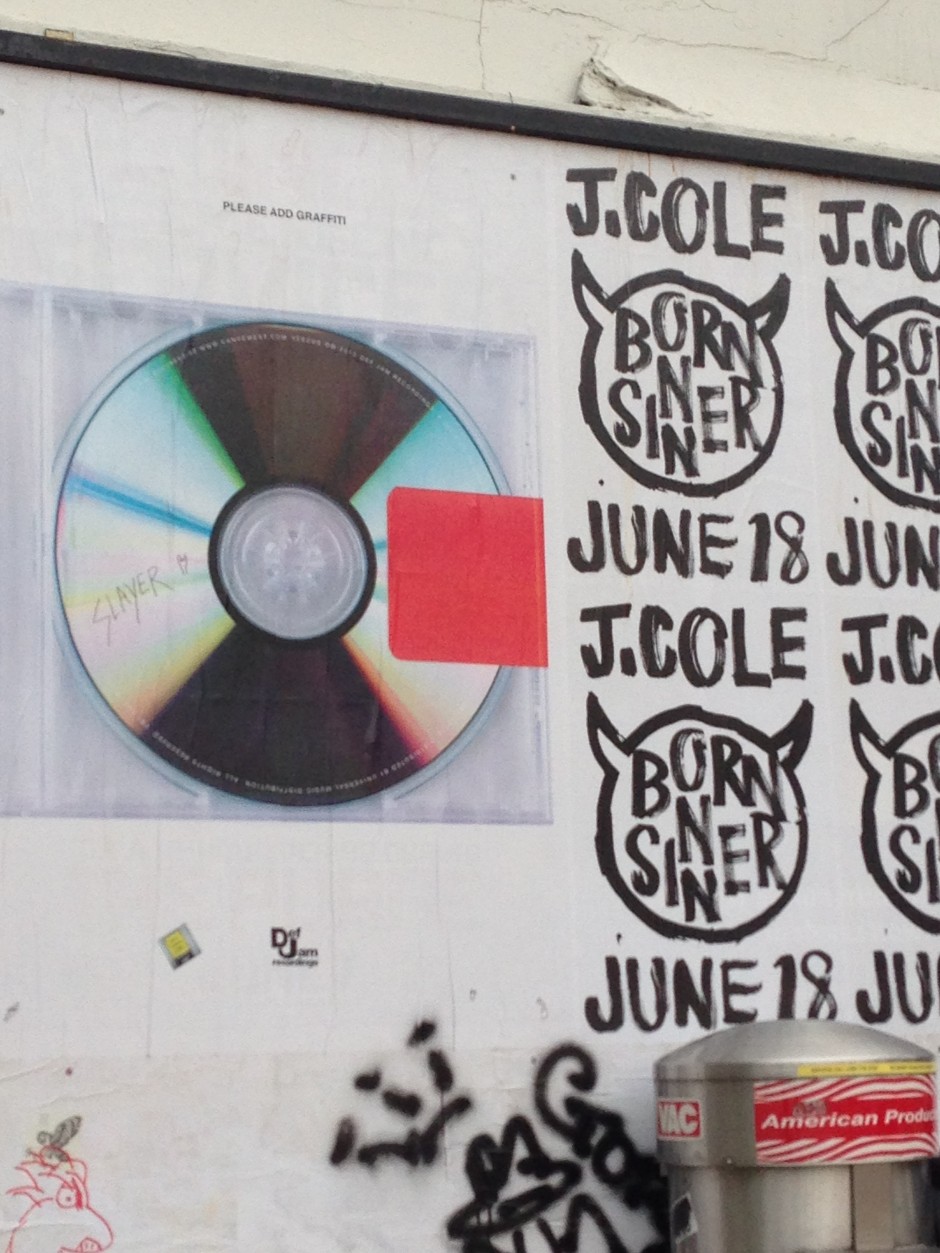 It’s inevitable. With two major hip-hop releases dropping today, comparisons of the work is well–again, inevitable. The contenders in this round’s showdown is a veteran of sorts versus a relatively newcomer in the industry. J. Cole wowed us with his debut, the 2011 Cole World: The Sideline Story. It was his first album, it went number one and produced some noteworthy material, solidifying J. Cole’s place in the industry. Kanye West has established himself as a veteran in the industry, an unpredictable, rant-filled, artistic force. He isn’t a stranger to the album release date showdown (remember how he won the battle against 50 cent in 2007?) With both artists delivering their respective albums Yeezus and Born Sinner, which is the better body of work and who will out sale who? 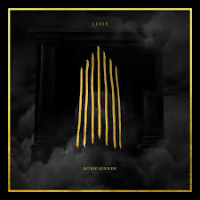 Both J. Cole and Kanye West are known for their lyrical content. They each have an uncanny ability to embody the usual narcissistic style of rap and couple it with the social commentary and storytelling of hip-hop. Yeezus and Born Sinner both share biblical references in their title but content wise are the difference between social commentary and vivid storytelling. Much like a lyrical rant, Kanye unleashes an aggressive brew on songs like “New Slaves” expressing his hatred of conformity. It’s here he spits album highlighted lyrics like “…but I’d rather be a dick than a swallower.” On other songs like “Blood on The Leaves” Kanye’s message is somewhat confusing. Utilizing a sample of Nina Simone’s rendition of “Strange Fruit”, the song uses a famous protest song about lynching and turns it into a memoir of a relationship gone sour. Though a masterpiece in its own right, the constant struggle between history and modern themes of fame and celebrity make up the bulk of Yeezus.

Born Sinner is storytelling at its finest. Each track strategically shares a plot, a journey, a climax and resolution. J. Cole’s approach to this album was an insightful look at himself, his journey and celebrity. His sophomore album overlays biblical references with the real life situations J. Cole finds himself in painting an impressive picture of how he views himself, women, race relations, and more. With momentous songs like “Trouble” and the incredibly impressive “Forbidden Fruit” featuring Kendrick Lamar, Cole proves constantly that his wordplay couple with his visual storytelling provides some of the best content we’ve seen in hip-hop all year. 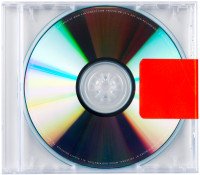 The production of both Yessuz and Born Sinner are both impressive. Almost entirely produced by J. Cole himself, his album sees greatly used samples like Outkast’s “The Art of Storytelling” featured on the track “Land of the Snakes”. It is a great example of hip-hop production, drawing from older influences but remaining current and innovative.

Kanye West is known for his producing. He is known for his ability to sample music in exciting ways, to create moods with musicality of his tracks and to make music that is colorful (even if it’s a dark color as seen on 808’s & Heartbreaks). The genius of Yeezus is its experimental sound that nearly abandons all conventions of rap and hip-hop. Largely produced by West and French duo Daft Punk, the often tribal, dark, synth heavy, nearly rock sound of the album is unlike anything heard from Kanye before. Sonically, each track has so many various elements, it’s hard to categorize exactly what genre Kanye tackles at any given point, but throughout the various twists and turns of the album, Kanye has managed to create production that is simply art.

Nowadays, for an artist–the leak is going to happen. While both albums have leaked in full before their release date, the mystery surrounding Kanye’s album is unmatched as the album still has no official first single. Kanye’s release of the album is both innovative and daring. With only a SNL performance, worldwide digital projections, an appearance at Governor’s Ball Festival, and much speculation–Yeezus could have been anything for its listeners today. J. Cole’s approach was much different. Although very traditional in releasing material before the release like the hit “Power Trip”, Cole also opted to release an EP (Truly Yours 2) in anticipation for the album release. He also decided to stream the album online before its release.

The impact of both albums also differ. While Kanye’s album has been received with mix reviews, J. Cole’s sophomore effort has been praised as one of the best hip-hop efforts of the year thus far. It easy to see that both will have different impact on the music industry for years to come as well. J. Cole’s album will definitely be a note in the hip-hop industry. Its insightful nature is so impressive that hip-hop albums that follow will have to compare to it much in the way it must compare to Kendrick Lamar’s good kid, m.A.A.d city. Kanye’s impact down the line will effect much more than just the hip-hop industry. Yeezus defies odds in a lot of ways. It’s completely unconventional and will undoubtedly be regarded as a groundbreaking album in music history, even if it’s generally liked or not.

And the overall winner is…

Though both albums are phenomenal works, we have to give the winning title to one of them. Kanye will surely out sale J. Cole winning the battle, but it’s J. Cole’s sophomore effort that might win the war. It’s the natural ease of the album, the cohesion in production and content that places Born Sinner above Yeezus. J. Cole might not score his second number one, but he has certainly scored with the time and effort put into one of 2013’s best efforts.

Who do you think has the better album?