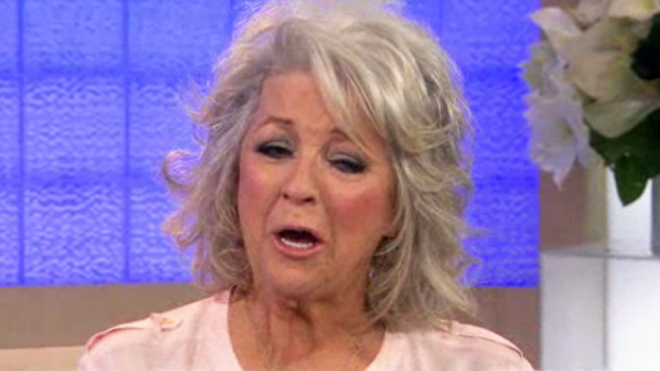 On Wednesday June 26, Paula Deen finally showed up to her Today Show interview days after being a no-show and recording two failed attempts at an apology. Recently, Deen has been dropped by Walmart,  Food Network, Smithfield, and Caesar Entertainment, who owns multiple casinos in the South with Deen inspired restaurants. QVC’s decision remains in limbo. Some critics said she appeared genuine while others deemed it as bizarre. Deen admits to only using the n-word once in her entire life and it was only because she was held at gunpoint to a bank customer whom she helped and knew. If other allegations, recordings, or videos somehow turn up, Deen would have dug her own grave. She seemed angry at those who’ve been talking negatively about her in addition to playing the victim to “false allegations”. She says, “If there’s anyone out there that has never said something that they wish they could take back … please pick up that stone and throw it so hard at my head that it kills me.” Also, Paula seemed to turn her “apology” into a rant on how young black workers in her kitchen used the word in abundance.  Towards the end of the interview she stated, “I is who I is and I’m not changing.” (Isn’t this what you don’t say in an apology interview?) Watch the 13-minute interview below and judge for yourself.

How do you view the interview? What is your opinion on the use of the N-word by anyone?