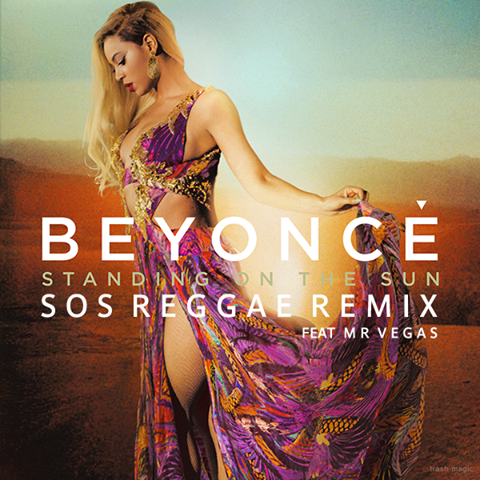 Not too long ago the full version of Beyoncé‘s island influenced “Standing on The Sun” leaked and the breezy dance record (fitting for summertime) sounded slightly different from the live version she had performed days before. It was missing a rapping Bey, a more dancehall mastering and feel, and a feature. Now, that version has been released. Featuring dancehall artist, Mr. Vegas, the remix to the song is an exciting record. We think Bey might have a winner with this one. Listen below.

Take us to the islands Bey!