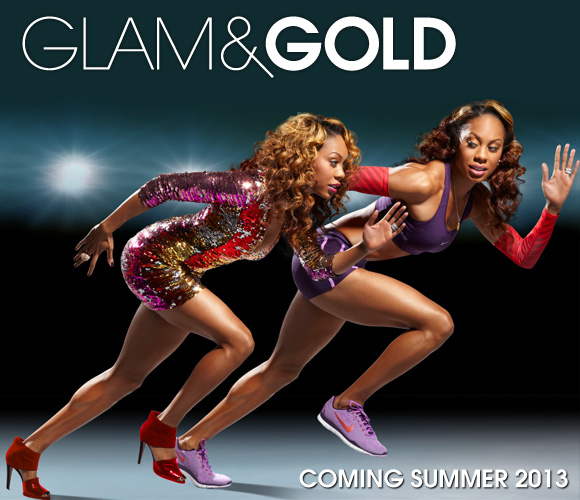 Sanya Richards-Ross won gold at the 2012 Olympic Games in London and now she is looking to win gold in the reality TV sector. Richards-Ross and her husband Aaron Ross of the Jacksonville Jaguars will be starring in their very own WE tv reality series ‘Glam & Gold‘. Aaron was a 2-time Super Bowl champion with the New York Giants. The series is set to premiere Thursday July 25th at 10/9c on WE tv. ‘Glam & Gold’ shows Sanya and her family build her brand outside of track & field. With a family of Jamaican background, this reality show surely has the making to be a hit. It is refreshing to see actual professional athletes get reality television deals rather than their spouses or ex-s. WE tv is responsible for the hit shows such as ‘Braxton Family Values’ and ‘Tamar and Vince’. Catch a preview of ‘Glam & Gold’ below:

Will you be tuning in?