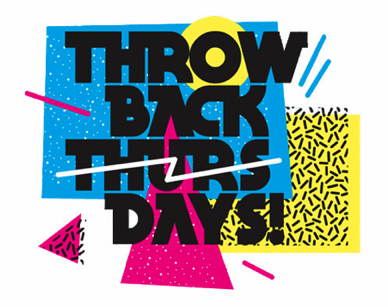 It’s been quite a while since we’ve had a post that serves as an ode to moments and events from the past so we figured now would be the perfect time to bring you another Throwback Thursday installment. Let’s get right into it!

Unless you’ve been living under a rock, you probably know about the Jay-Z/Solange incident that recently transpired and although there has been no form of explanation or response to situation from the parties invoved, people have quickly begun to create their own scenarios as to what caused it to occur. We at Lessons From Happy Hour don’t pride ourselves on being conspiracy theorists or gossip columnists but it just felt appropriate to highlight a more heart warming moment from the past when Jay-Z, Beyonce & Solange all payed a visit to BET’s 106th & Park back in 2002. This was during a time where Jay & Bey were still remaining tight-lipped about their romance. Check it out!

Sean Combs is a truly remarkable man equipped with drive, ambition, determination, and “the spirit of a hustler” that allowed him to achieve the success that he has earned throughout his life. You may know him as “Diddy”, “P. Diddy”, “Puffy”, or “Puff Daddy”, but we know him as a proud Bison. This past week, he received an Honorary Doctorate degree in Humanities  from Howard University (where he was a student for two years before leaving to pursue his dreams and ultimately become the mogul that he is). Along the way, he never forgot that he is a Son of Howard and continued to give back to and acknowledge the institution. In this clip from the past we highlight HUHC Yardfest 1995 where he accompanied Biggie Smalls who went on to perform. (Also present was rapper Foxy Brown).

Sean Combs isn’t the only person who will be able to add “Dr.” to the front of his name. Good ole  “Jilly From Philly” will also be receiving an honorary Doctorate degree from her Alma Mater, Temple University. “(Her) values and achievements embody the mission and ideas of the university,” said university president Neil D. Theobald. In addition to the success and praise that she has garnered in the music industry and through her acting, Jill Scott is involved in several humanitarian efforts including her foundation the Blues Babe foundation which she created to provide financial assistance and mentorship to disenfranchised youth. Check out this throwback clip of her from a 2001 performance of  her song “He Loves Me”.

And finally our last highlight is a historical fact. On this day in 1923, The Chip Woman’s Fortune (by Willis Richardson) opened at the Frazee  Theatre. This was the first  non-musical dramatic work by an African American playwright to be mounted on Broadway. The show had a run of under 1 month with a total of 31 performances. This was a landmark moment for the Harlem Renaissance. Richardson’s career spanned 30 years, during which he had written children’s fairy tales, histories, and domestic plays. He was awarded the prestigious AUDELCO prize posthumously for his contribution to American theater.

We hope you enjoyed our throwback to the past!

-The Students of Happy Hour