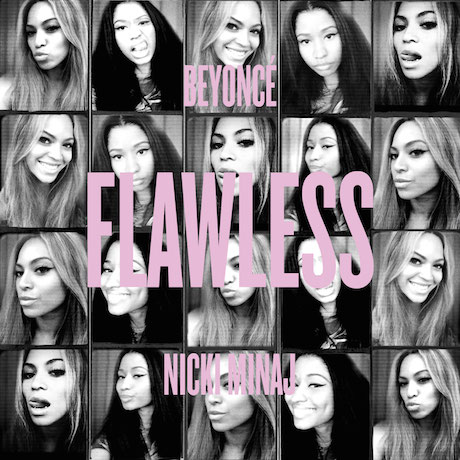 Following the delay of Nicki Minaj‘s soon to be released single “Anaconda”, rumors began to swirl that she may have pushed it back due to a possible collaboration with Beyoncé. Tonight (in another surprise move) those rumors were confirmed when the remix to “Flawless” was released via an exclusive website. The hard-hitting ladies anthem marks the first collaboration between the two megastars.  Addressing the elevator scenario between Solange and Jay Z , Queen Bey laughs off the situation with the line:

CHECK OUT THE SONG HERE