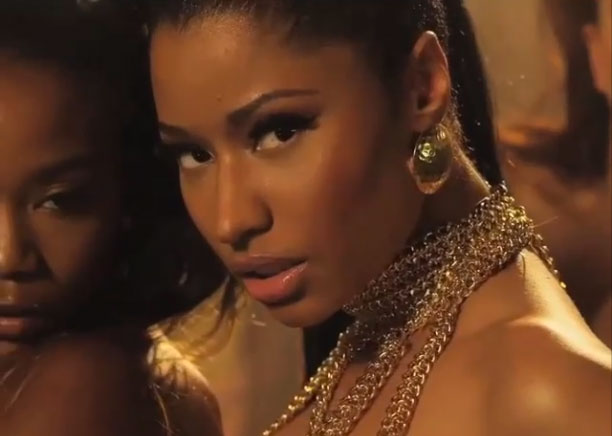 Just as promised, Nicki Minaj released the visuals for her latest Sir-Mix-A-Lot sampled single “Anaconda”. Just as one would assume due to the subject matter of the song, the focus is all on one of her best assets. The video (directed by Colin Tilley) features the rapper equipped with other “well rounded” back-up dancers in various locations but primarily a rainforest. Also making a cameo appearance is fellow YMCMB label mate Drake whom she entices with a lap dance. This is the rapper’s second single from her forthcoming album The Pink Print expected sometime this fall.