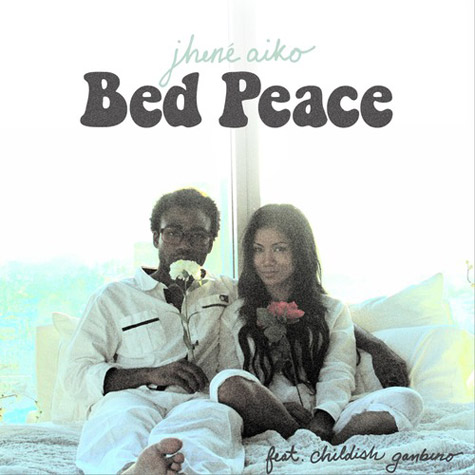 With “cuffing season” entering the scene, Jhene Aiko has released the first single off her upcoming EP, Sail Out. The laid back track features Childish Gambino and speaks on a fantasy of putting making love before making money. The single cover is inspired by John Lennon and Yoko Ono’s bed-ins in a non-violent protest of the Vietnam War. Very fitting! Sail Out is due Oct. 29 and will feature WIz Khalifa, Big Sean, Ab-Souli, and fellow Californian Kendrick Lamar.