When it was announced that Miley Cyrus had been tapped to host the 2015 MTV Video Music Awards, it became clear that we were in for a wild ride. Overall, this year’s show proved to be rather underwhelming equipped with bad fashion choices and mediocre performances (with the exception of Tori Kelly was AMAZING per usual).  At times it was bit of a mess…Okay let’s be honest, it was a complete train wreck but it certainly provided its share of entertaining and tweet-worthy moments that at times left us scratching our heads in pure confusion. Here are 5 awkward moments that truly stood out:

After returning to the VMAs for the first time in years to perform at medley of “Where Are U Now” and his newly released single “What Do You Mean?” Justin became visibly emotional and broke down in tears. What truly made the moment awkward (aside from the fact that nobody seemed to understand why he was crying) was how long they continued to air the sobbing singer before moving on to the next segment of the show. 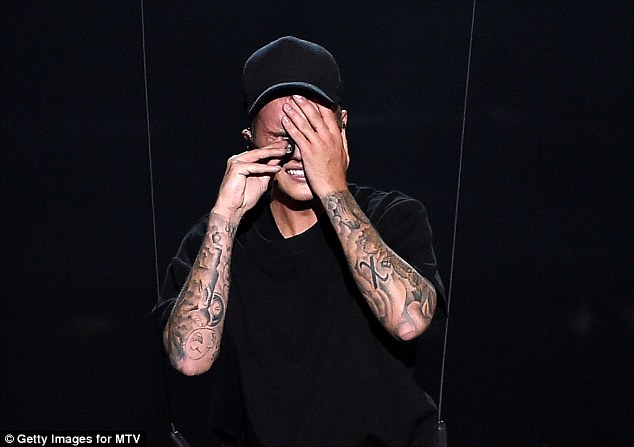 Again, when it comes to Miley Cyrus, we’ve all pretty much come to expect the unexpected. In fact, MTV aired the VMAs on a delay in anticipation of any of her potentially wild antics (which they still managed to miss when the singer had a “nip slip” that was briefly captured on camera). Each time Miley appeared on stage, she was wearing an outfit arguably crazier than the one preceding it.

Due to the state of affairs regarding police brutality, it probably wasn’t in the MTV’s best interest to allow Rebel Wilson to make light of the ongoing on problems that we continue to face. It was probably even less appropriate for them to allow her to do so while presenting an award in a Hip Hop category. Talk about bad timing…

Following the acceptance of her award for Best Hip Hop Video, Nicki proceeded to give an odd acceptance speech that turned extremely awkward when she took the time to address some comments that Miley made about her in the press a week prior to the award show. The whole spat left audiences wondering if it was real or staged but it definitely made for entertaining television.

Were there any moments that you found to be especially awkward?