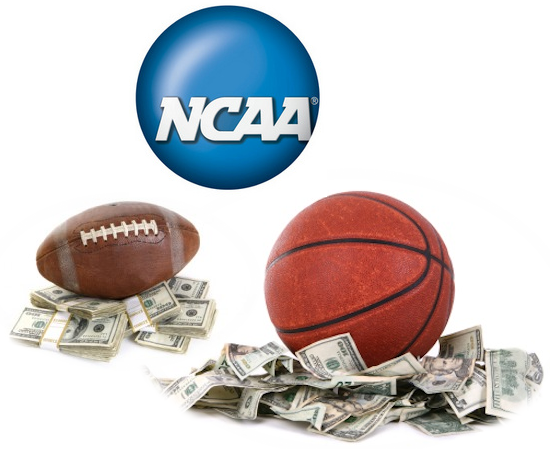 As Kain Colter, founder and president of the National College Players Association, makes his rounds around Capitol Hill to garner lawmakers’ support for the unionization of collegiate athletes, the debate on whether collegiate athletes should get paid is heating up tremendously. This topic has always been up for discussion, but mainly within the confines of the locker room. As a former collegiate athlete, I have participated in many discussions regarding this issue. I’ve also had to defend the misconception of student-athletes to those who are not and why sometimes a scholarship is not enough of a “paycheck”.

When recruited you can “negotiate” your scholarship and choose which institution you would like to represent. That is the last time a student-athlete makes their own decision within the next 4 to 5 years. Once you enter the program, you sign your life, your name, and rights away to the NCAA. On day 1, you must sign an abundance of papers detailing what you can and cannot do. First, the NCAA owns your image and the right to place a photograph of you anywhere in addition to marketing you anyhow they see fit without compensation.  Second, you must have the NCAA approve of any jobs you obtain during your athletic career. Third, coaches have “ownership” of you and in some cases end up dictating with their ego rather than coaching. Coaches can speak to you in any manner they choose because you signed that dotted line.  Your academic schedule is altered, summers and weekends are taken away. The freedom you once had has been sold. Some have compared the NCAA to a dictatorship because all decisions are made without the student-athlete’s voice being heard. All of the above makes it seem like student-athletes are employees, so why not get paid?

Why a scholarship isn’t enough for some student-athletes:

The main rebuttal argument that faces student-athletes getting paid for their services is that they are financially compensated through scholarships and endowments. I understand, but compare the amount of money an athlete may receive throughout their career to the amount of money the NCAA, Athletic Conferences, universities, and television networks make from athletes.  The chart above details the highest and the lowest revenues of  athletic departments by conferences. The NCAA makes $6 billion per year. CBS rakes in $1 billion during March Madness alone. Here’s a chart on how much revenue each conference made during bowl season alone:

Athletes sacrifice their freedom and health at times to generate a lot of income and publicity for the NCAA and their universities with no voice. The unionization of collegiate athletes should happen just off  the consensus that they do not have voices when it comes to making decisions that directly effect them. As Colter states, the NCAA creates physical, academic, and financial hardships for some athletes. Unionization should also occur because certain schools need to fairly compensate their athletes in certain sports for their contribution to the huge income and publicity the institution generates from their talents. Those sports mainly being football and basketball. Maybe not all athletes should be paid, but the ones generating the millions of dollars should be. Can you imagine having your name on a jersey being sold in the school store, but not receiving a dime for your name being on it? Can you imagine having a video game use your name and not even need to ask permission nor compensate you?

“If only basketball and football players are being compensated, then you’re dealing with an issue of disparities of pay between genders.”

Aliyah went on to say, “I do think a union is probably good because the NCAA really does run our lives as athletes, but I think paying student-athletes would only lead to pay for the male-dominated sports and non for the women’s sports.”

She ended by saying, “So my issue is there were programs and policies like Title IX instituted so that women would have equal access to athletic scholarships, so if you start paying those athletes [football and basketball players], then how do you explain that to the other athletes who may excel in their sports … , but their sport just isn’t a revenue generator because maybe they don’t charge for their games.”

What is your opinion?