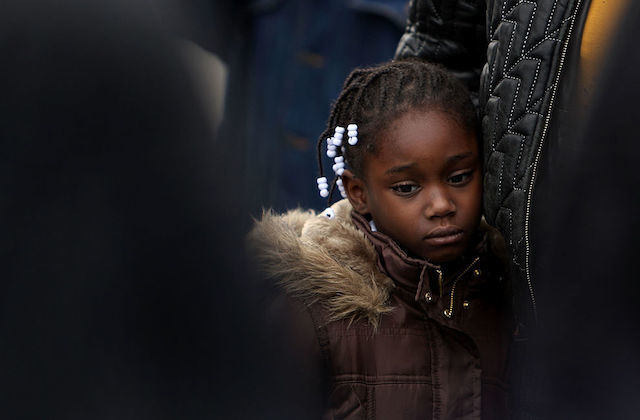 The story I want to tell is not an unfamiliar one. I grew up in a middle-class family with parents and step-parents who worked hard to ensure that my brother and I had luxuries that they were rarely afforded as children – involvement in extracurricular activities and social clubs, travel sports leagues, international school trips, and music lessons. But I learned early in life that the lack of resources and access distributed to African American families left me feeling like my childhood was missing some key components.

Like most African American families in this country, I was not born with an inheritance. My parents grew up during the civil rights era, gripped by the racism that was prevalent in the South, where they learned at a very young age that being too inquisitive could be dangerous, to avoid direct eye contact, only speak when spoken to, and to just do what you’re told even if you’re unsure of the purpose or benefit. And the trauma of that experience manifested itself in their parenting style.

I, like many of my African American peers, was raised under similar guidelines – told to accept things as-is, learned not to question things. From my experience, it seemed that my white peers were raised to be free thinkers because they weren’t subjected to the same levels of fear that many black families faced throughout their lives.

In my household, my mother, who is self-employed, worked more hours than most people to make sure that my brother and I had all that we needed and wanted. She tried to shower us with love in-between projects but knew that she and her business couldn’t afford to take a break for longer than a moment – we know how the saying goes, “being black means you have to work twice as hard and be twice as good.” My dad didn’t live with me and didn’t work nearly as much, but still endured long work hours at times. He was affectionate and attempted to provide some of the emotional support but was ill-equipped in the areas of our developmental support, and overall life-skill building. My step-parents were supportive but also busy with work.

When I take a real look at my experience growing up, it’s hard not to wonder what my life, and the life of others who look like me, would be like if our parents weren’t so restricted by the systems of structural racism and the lack of resources, and could just raise us freely.

And while I’m of the mind that “when you know better, you do better,” I can’t ignore the more sobering reality that when you have more, you do more. My mom shouldered the majority of the responsibility of raising me and my brother, and she seemed to never run out of energy. She was active in our school activities, being President of the PTA at one point, ensuring that my brother made it to his piano practice and I made my soccer practices, taking me to travel soccer tournaments all along the east cost on the weekends and my brother to his AAU basketball tournaments. To this day I still don’t know how she managed doing as much as she did.

According to a study, the median wealth among white households is $171,000. The median wealth in black households is $17,600. And as the racial wealth gap continues to widen, black and Latino families will be faced with the perpetual challenge of choosing between working to provide for their families’ needs and providing the developmental and emotional support required to raise healthy young people. Do you work two and three jobs to keep the bottom from falling out or do you spend more time with your children at the risk that it will?

And if things continue trending in the same direction, black families will remain at the bottom of this system, black unemployment levels will remain higher than that of other races, and generational wealth building will be almost obsolete for African America families. A recent study on the racial wealth divide shows that the median white family now has 41 times more wealth than the median black family and 22 times more wealth than the median Latino family. Based on the trajectory of the last three decades, if changes aren’t made, the median black family will reach zero wealth by 2082….

And while I’m no expert on the ways that wealth or a lack thereof shape families and family dynamics over generations, one could imagine that policies that exclude black and brown people from wealth and equity can have dangerous consequences. But unfortunately, we don’t all have to imagine this to know it’s real. We experience it playing out in our lives every day. And while this generation of black people and families is trying to fight for a better past than our parents had, many of us are also just trying to make sure the bottom doesn’t fall out in the process.

TRIGGERED! Lyrics That Put You In Your Feelings