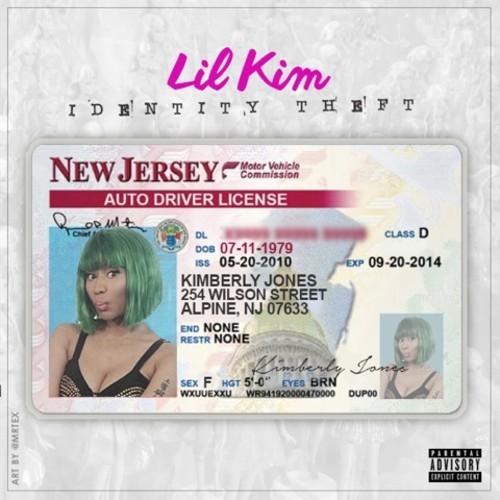 After adding her own verse to Beyonce‘s “Flawless (Remix)” featuring rival Nicki Minaj, Lil Kim continues their seemingly endless feud with the release of her single “Identity Theft”. It’s no secret that Lil Kim isn’t Nicki’s biggest fan which is further evidenced by the song that continues to fuel the notion that Nicki has stolen Kim’s style. The image art which features Nicki’s image on a New Jersey license accompanied with Lil Kim’s name furthers that claim.

“It’s looking like I’m headed back behind bars again ’cause bitches want to start again and I ain’t wit’ the arguing / I’m jet chartering, fresh cardigan, gettin’ my Martha in, while these broke hos borrowing..”

While Kim continues to throw shots at Nicki one can’t help but ask: why is she still mad?

It seemed as though the situation hadn’t been addressed for quite some time so why rehash it? With the release of her new mixtape Hardcore perhaps we’ll receive more insight or maybe we’ll continue to be left feeling confused. One thing is for sure, with the release of Remy Ma‘s new track and new material from Lil Kim, Nicki Minaj, Iggy Azalea, and Azealia Banks (plus the announcement of a new Missy Elliot album), the female Hip Hop game may finally become competitive once again.