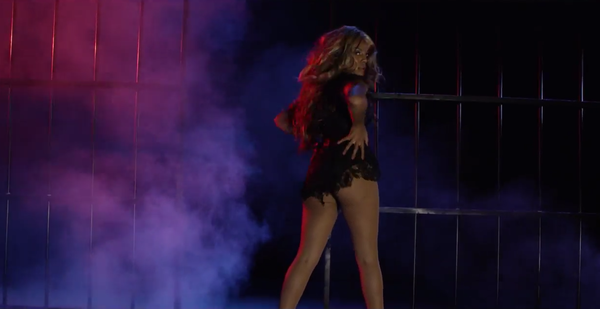 Todrick Hall is vocalist, actor, director and choreographer who first gained attention as a contestant on American Idol. Throughout the years he has used his talents and developed himself into a YouTube sensation who often uses his creativity to alter some of everyone’s favorite childhood treasures including Disney Classics, Mean Girls and Singing In The Rain. He was featured in 2014’s Forbes Top 30 Under 30 in Hollywood. In his latest artistic creation he brings Cell Black Django, a comical take on the musical number “Cell Block Tango” from the hit broadway play Chicago this time featuring Nicki Minaj, Rihanna, Solange, Beyoncé, Sharkeisha and Mariah Carey as the murderesses on death row.

Check out the video below: