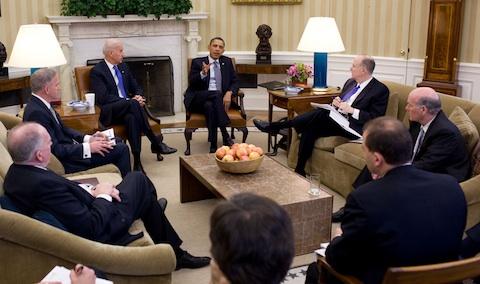 “Mr. President, your hair is so white it could be a member of your cabinet”

Late night talk show host, Conan O’brien took a jab at President Obama at the White House correspondents’ dinner. But it makes you wonder just how true that comment was?

In 2008, the black and latino population turned out to the polls in astounding numbers to elect the first black president under the constitution. In 2012, President Obama still maintained a large percentage of the black vote. But the selections that the President has made for his cabinet have not been very reflective of his support base. 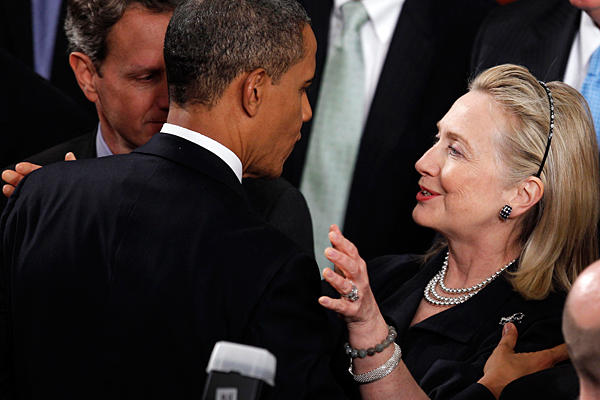 Take for instance his secretary of state appointment. At the beginning of the year, when secretary of state Hillary Clinton resigned, President Obama nominated US Ambassador for the United Nations, Susan Rice, to take her place. Unfortunately, due to opposition from the republican party, Rice was forced to step down from consideration for the position which was later filled by John Kerry.

While I am a fan of John Kerry and the passion, heroism, and dedication he has displayed for this country, I was a bit disheartened to see that Hillary Clinton would not be replaced by another woman or dare I say: a person of color. Is that unrealistic for us to have members of a Presidential cabinet who can provide perspective from every facet of this American melting pot?

The President is attempting to prove to us just how realistic that is as he’s looking to make some additions to his cabinet that could shock and amaze some who were beginning to think the executive positions were reserved for members of the “He-man woman/diversity haters club.” As of April 29th, President Obama nominated Charlotte Mayor, Anthony Foxx, as his transportation secretary. 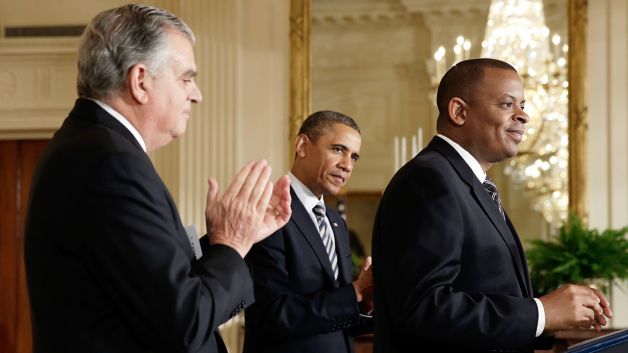 This appointment not only adds diversity to the Presidential Cabinet but it also would make Anthony Foxx the youngest cabinet secretary ever(in case any of the other 80s babies needed to be inspired….you’re welcome). As the mayor of the city that hosted last year’s Democratic National Convention, Foxx is a rising political figure. Under Foxx’s leadership, Charlotte has had an emerging transportation system that will promote job growth and allow them to continue to lead in the hi-tech industry. 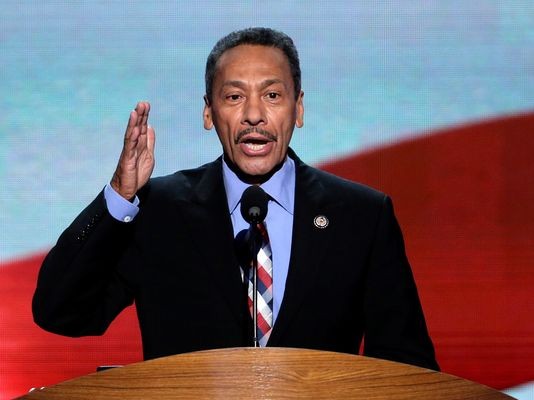 President Obama has also selected North Carolina Congressman, Mel Watt, to head the Federal Housing Finance Agency. This decision has been met with controversy from the republican party, but the President seems to be sticking to his guns(no pun intended).

While it seems that the President’s recent additions are filling that diversity gap, he still has a long way to go. He does currently have some female representation on his cabinet; And let’s not forget one of his senior advisors, (and one of my personal favorites) Valerie Jarrett, his longtime mentor, but the diversity is still lacking in other areas. In order for politicians to make decisions that are inclusive of all of their constituents, it helps to have a staff that is reflective of this country’s growing diversity.

How do you feel about President Obama’s recent staffing decisions?

2 thoughts on “Where’s the Diversity??”