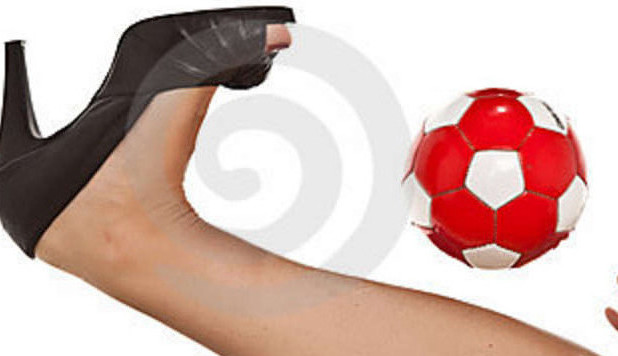 It’s the most common disorder of any former collegiate athlete. It hasn’t yet been diagnosed by a real physician, but we know it exists…..why? Well, let’s just say I witnessed a cold hard dose of it a couple weeks ago……

When I was in college, every morning, I rushed up the hill for my 6am weight lifting. That was followed by 9am class, and I finished the day with a two-hour soccer practice at 2pm with maybe a class or two at the end of my day. My teammates and I concluded each day with ease after a post-practice cool down. And I won’t say that there were never any struggles, but for the most part, we were at least not left attempting to re-assemble body parts at the end of a hard day’s workout. But oh how quickly things change. As we age and our muscles begin to deteriorate, we find ourselves reminiscing on “Throwback Thursdays” when we could actually play a 90-minute soccer game and successfully practice the next day with no recovery period.

Alright, so I’ll get to the point already….a friend, and former teammate of mine, reluctantly took a run the other day that she initially was led to believe would equate to about a mile. 2 ½  miles later, she could barely move. The next day….and the day after…..and even three days later, her body still felt as if she had run in a full marathon with a sumo wrestler strapped to her back. It was at this point that we came to the realization that we are getting old.

I think if I even attempted most of my preseason workouts, now, I’d have to be carried out on a stretcher. I still, to this day don’t know how I survived those two weeks of torture year after year with no major injuries. Running miles in the morning followed by hills and stadium runs in the afternoon, in the heat of the day, was something I had become fully acclimated with.

As former collegiate athletes, we’d like to believe that we’re invincible; that we can recover from any strenuous exercise within a matter of hours. But I think it’s become pretty evident that that belief is perched deeply within the realm of imagination. Those days are over, and there’s no turning back.  These days, I feel fortunate if I can recover within two days of strenuous exercise.

Other symptoms of this syndrome are feelings of deep nostalgia. I must admit, in spite of all the pain we endured during those two-a-days and all the struggles we endured as a team, I do miss it. I miss the traveling and knowing that everyday that I stepped out onto that field, I was fulfilling a purpose and an obligation to my teammates, my coach and myself. And even though we weren’t the closest knit group, when the referee blew that whistle, my teammates and I became a family intertwined in each other’s destiny. And if any opponent tried to stop one of my sisters, it was on.

So, to every collegiate athlete: enjoy these days, embrace the struggles, and bask in your springboard bodies because once you get to be my age, it all disappears…..I’m only kidding. Once you reach the end of your athletic career, you manage to find joy in other small victories. Everyday at work(on the days I don’t wear heels, of course) I run three flights up the stairs to my office and it feels so good. I’m also in an adult soccer league so I still get a small dose of the past.

We have to celebrate the tiny steps that we take to revive our bodies. So no, I may not have the ability to run hills for 20 minutes straight or charge up and down stadium stairs for 30 minutes without breaking a sweat, but I’m a work in progress. Any day that I can sprint up three flights of stairs screams success for me. That’s a scream I’m much more willing to hear.

What Are Some Of The Things You Miss About Being A Collegiate Athlete?

2 thoughts on “The Thoughts in my mind: I’m not an Athlete anymore…..”